Coffee is roasted by Ritu Coffee Roasters on Thursdays and ship the following day.

Story about Baho Coffee: The boy who ate the dog

Being called a dog is a serious offense in Rwanda. Imbwa zizabarya, to be eaten by a dog, means to fail in life, to become a useless person. When Emmanuel Rusatira was a boy, his mother once told him “Emma, if I die, don’t be lazy. Work hard. If you don’t do this, if you don’t care for your family, dogs will eat you. You will be nothing.” She told him this in April of 1994, when the genocide against the Tutsi took place. Less than a week later she was dead.

Now a 41 years-old man, Emma didn’t forget his mother’s words. During a call with Algrano’s team over Skype, he recalled his early days as a boy in the Kayonza District, now in the Eastern Province, and his struggles growing up. Today, he is the successful owner of Baho Coffee, a company with 7 washing stations in Rwanda famous for its micro-lots and with capacity of producing up to 35 containers of green coffee per year. To understand how seriously he takes his work, it is important to learn his background.

“I grew up hating coffee!”

Emma was the first born male in a rural family who grew cassava, bananas and coffee. His parents had 120 coffee trees. As the oldest son, he was automatically treated as his father’s successor and worked on the farm from a young age. “5:30 in the morning? I was out fetching water or picking cherries or firewood. Everything was Emma. I didn’t enjoy that situation and would have cutted the trees if they couldn’t see me! It didn’t let me sleep,” he remembers. 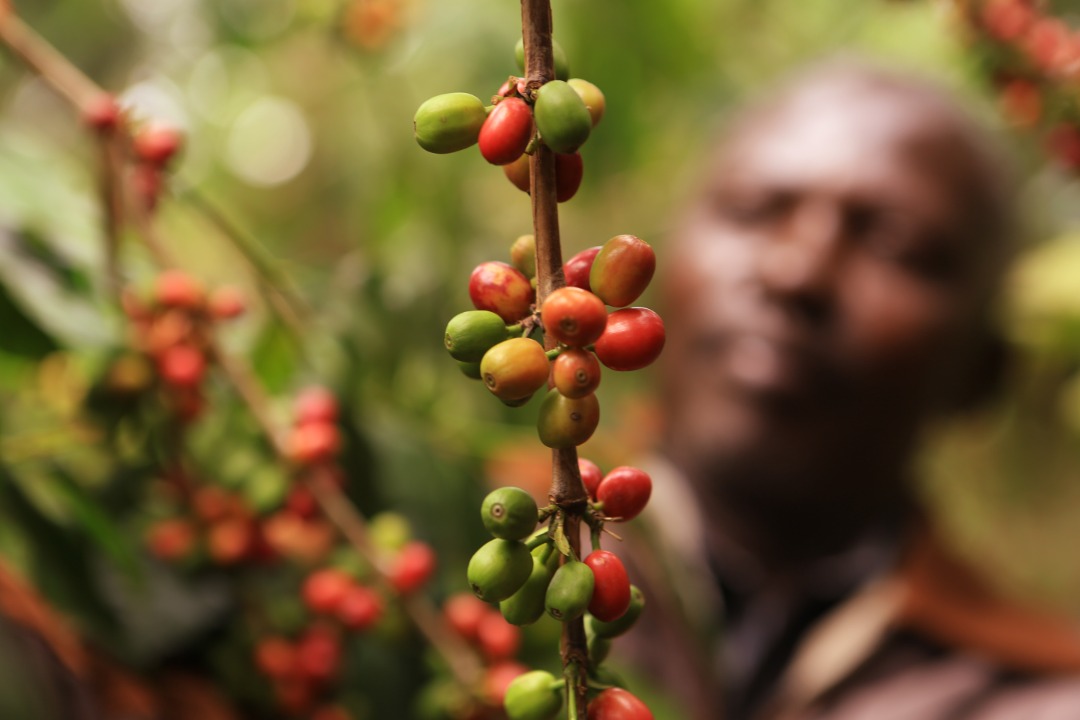 His mother was the reason why Emma worked hard. “I liked father and he was a good man, but he was always fighting with mother. You know, poverty is the source of a bad life… There wasn’t a good environment in the home.” “One day,” he goes, “I went to my father and said ‘Look! You are beating mother because I am small, but I will grow up and I will have revenge!’ Mother was shaking… She knew what I meant. ‘I will break you, boy’, he said to me.”

Emma remembers that, from that day onwards, the others started calling him “mama’s boy”. He didn’t care. He no longer hated labouring either. On the 6th of April of 1994 “men” came for his family. “‘Whatever happens everybody stays close to me,’ father said. But I knew what was going to happen and mother told me to look after my brothers and sisters. They trusted me.” Emma ran and took his siblings with him. “It was raining and about to get dark. We found a ditch in the middle of the banana trees and hid there for the night. I fell asleep…” In the morning, the ones who survived came back to the village. “The first person I found was my father.”

1994 was a black year. “I struggled a lot. Even tried to kill myself. One day I wanted to jump in the river and die. I looked down and saw bodies in the river. I tried jumping in a deep hole and my uncle stopped me. ‘Imbwa zizabarya’ - I remembered my mother’s words. I realized I was becoming a dog. ‘What am I doing? This is a mistake’, I thought. And from that day I decided to take responsibility for my family and to fight for life,” Emmanuel says.

Study, hard work and a whole batch of smelly cherries

When the schools reopened in 1995, Emma was the only amongst his siblings to return. It was his job to do well for himself so that he could help the others. On weekdays he would study and on weekends and holidays he would labour. He completed secondary school in 1998 and worked as a teacher for 4 years. “Now it was my time to help my brothers and sisters. I built a new home for us because in the old one we could see the stars at night - the roof was perforated. I sent my siblings to school. Only after that I went to university to study agricultural engineering.” 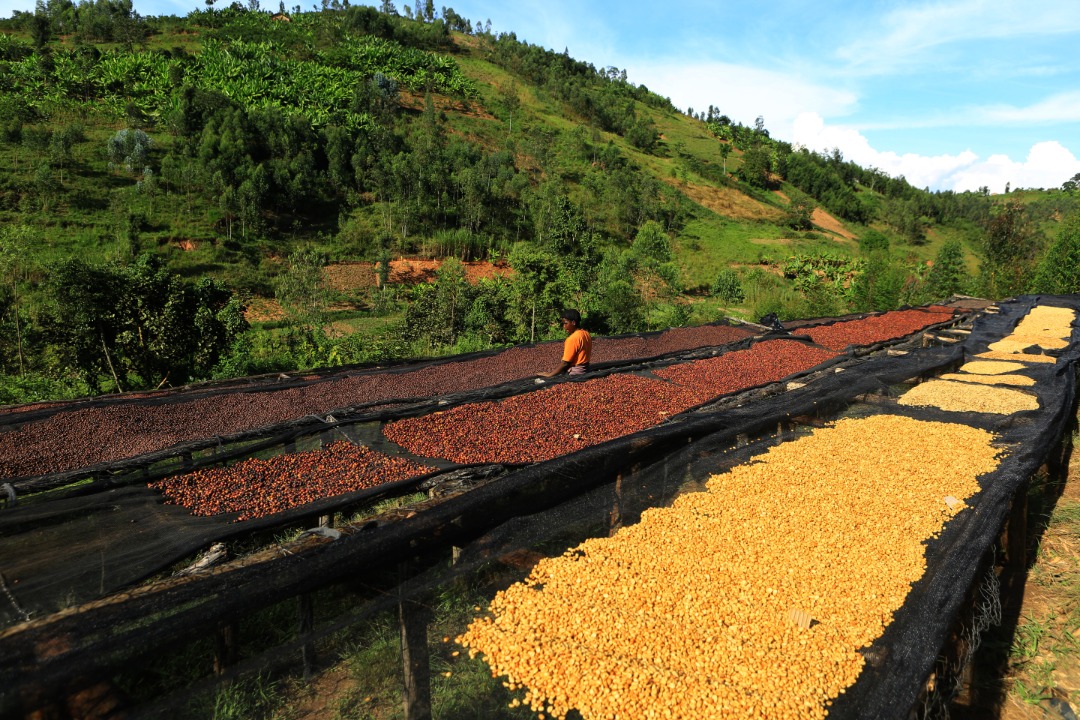 After leaving university, Emma joined Rwacof, the subsidiary of a multinational export-import company, to manage a washing station. It was the year the government started to invest in quality and promote the washed process in Rwanda. “No one knew about fully washed coffees. It was very new. On my first time I messed everything up. It was so bad you could smell the coffee from a distance,” he laughs. As time passed and Emma became more experienced, one washing station became two, three… By 2015 he was managing 37 CWS as the head of the specialty, sustainability and certifications department.

Farmers are the real bosses

A successful man by anyone’s standards, Emma didn’t settle. “My heart kept telling me ‘Emma, you need to be a model. You need to be independent and help change the lives of the people that are like you once were’,” he claims. In 2016 Emma quit his job to start his own business and work closely with farmers. He bought Fugyi CWS, then Bugoyi in 2017, leased Muzo in 2018 and started building Humure, the biggest of them all. In the last 18 months he added 3 more washing stations to Baho’s portfolio: Akagera CWS, Kinazi CWS and Ngoma CWS. 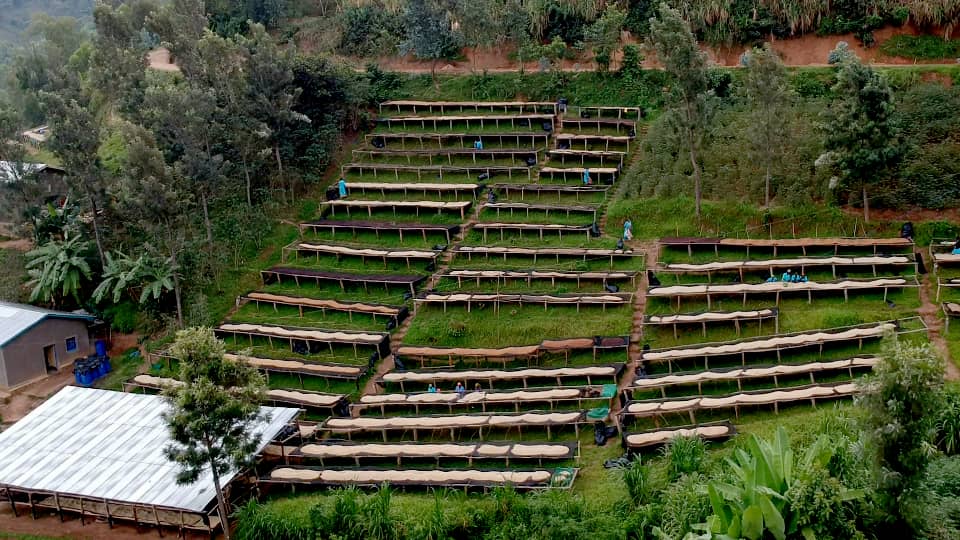 Today, Emma has developed quite a reputation for himself. He is known in Rwanda and abroad for the quality of his coffees and his many experiments. Visit Baho’s Instagram page and you’ll find videos of a friendly-looking Emma showing barrels of fermented cherries, strangely white and covered by yeast nono-lots and honeys drying on raised beds. Baho is also launching their first female coffee, produced by a recently organized group of women that are heads of households and that he is calling Ikizere (hope). 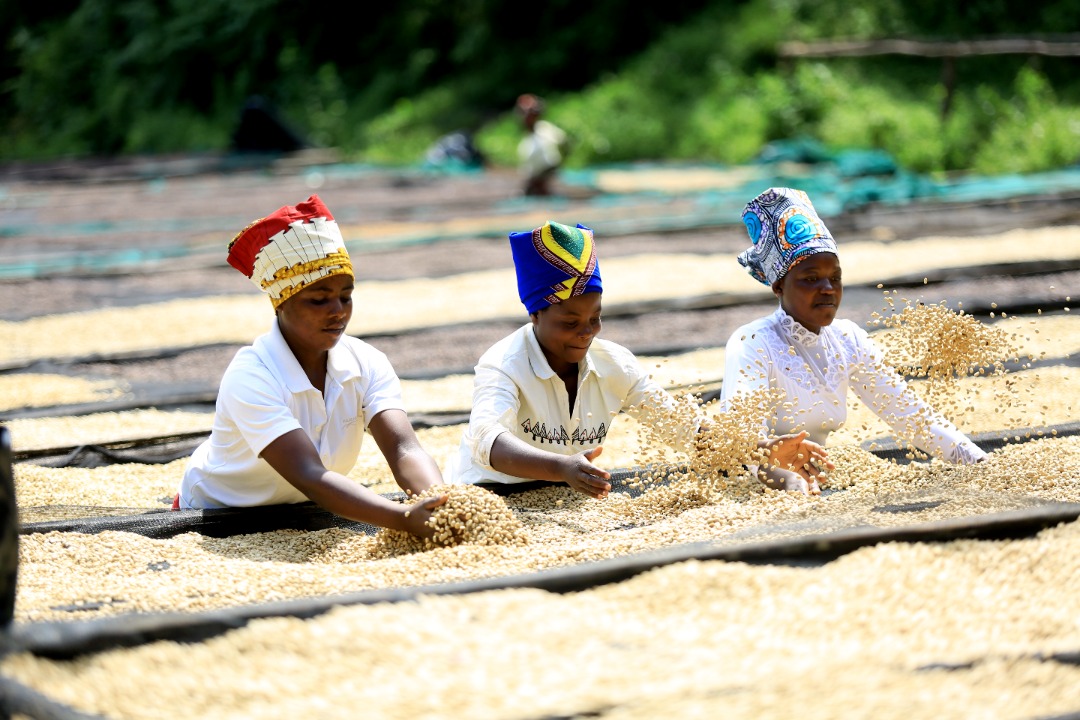 For Emma, farmers are the real bosses. “After travelling to other countries to see their operations, I wanted to go back to the farmers so I could really understand this business. Everything flows from them. They are the source of my raw material. I might have the best washing station in the country, but if I don’t have the farmer I have nothing.” According to him, the chain is simple: a happy farmer = a happy washing station = a happy buyer = a happy roaster.

Coffee talks. And it says “baho”

Emma named his company Baho as a reminder of his struggles and his spirit. “Baho means stay alive, have life, don’t give up, be strong,” he explains. “When you meet someone that is going through a hard time and you want to cheer them up you say ‘Baho!’” His slogan, and a phrase he likes to highlight in conversation, is “coffee talks”. For him, if coffee could speak it would say “baho”: no matter how hard your day has been, you can always find comfort in a cup of coffee.

The three pillars of Baho are culture, people and coffee, Emma explains. Culture and people because they are the foundation of any activity and don’t exist without one another. “Coffee is the bridge. Through coffee, people of different cultures become one community. There is no black. There is no white,” he punctuates. “We can change lives through coffee. We can help people study and get the help they need. We can make people smile. If I can achieve this and impact even a small number of people I can tell my mother, when I meet her again, that I wasn’t a dog.”